The guys go to Daryl's mansion. Matt is loud as hell while he turns Daryl's mansion into Hell's Kitchen. Volkorn inquires about what it might require to alchemize some strong acid.

Dranas has a dream that seems to be a bad omen involving his decisions regarding driders while Ken watches baseball (1hr 23m in about). Dranas explains his dreams to Volkorn and Volkorn gains +1 aliases: The DreamKeeper.
Caiden is revealed to have lead Sweets back to the party and Stug notices that a scroll in his possession is rapidly changing colors.

The party heads off to the mines near Sangra.

They keep hearing explosions but must wait for the right dwarven NPC's to arrive.
While waiting they are introduced to Chad who is a poet and a painter.
Volkorn responds that he is a ghost cleanser, and barkeep and king of Caidens Rise.

The party then meets:
Clarence Dropbottom who comes from a long line of prostitutes.
"Explosives are going off on the NE side" he tells Volkorn, but the keeper of dreams is momentarily preoccupied by a 5lb ruby chunk and a 3lb sapphire chunk. He pockets both.
Clarence exclaims that nobody alive has seen it attack anybody, insinuating that no one lives to tell the tale. He then speculates that the people of Sangra don't seem to like their kind and treat them poorly.

The gunpowder gets wet again. it seems like sabotage.

The party catches glimpses of the ghost, a little child laughing in the mines.
Daryl pulls his magic muscle, becomes fatigued, and Sweets gets naked then approaches.
Dranas tries to speak with it but the child runs and falls 35ft into a hole. The floor below him is rusted concrete tile. His body lay lifeless upon it, crippled. Dranas becomes angelic and floats down to heal him but the boy is ground beef and cannot be made steak once again.

The party encounters black goop that they make swift work of and Stug offers the idea of setting fire to the next room prior to entering. It pays off as the party discovers a lever on the wall after killing the inhabitants of a trap set to protect the lever from being found. 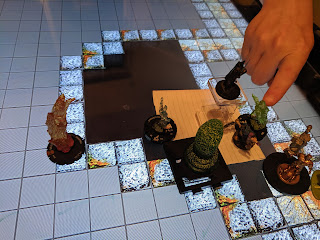 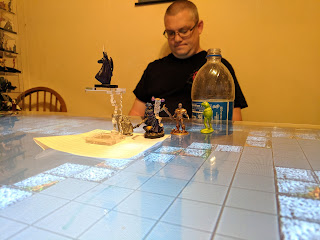 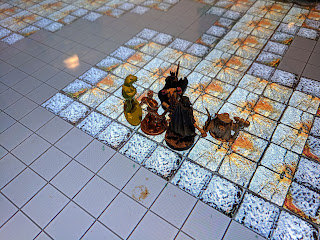 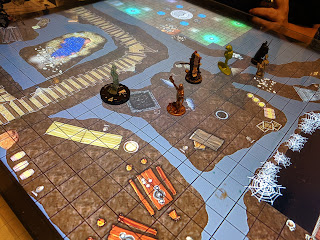 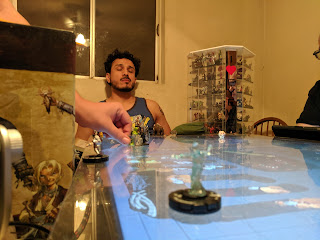 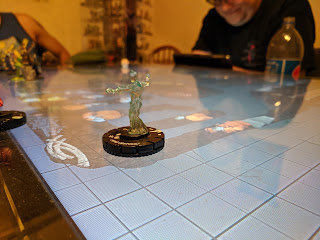 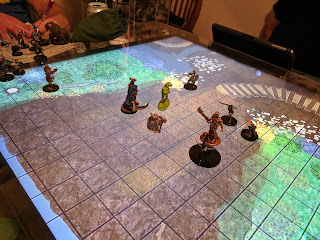 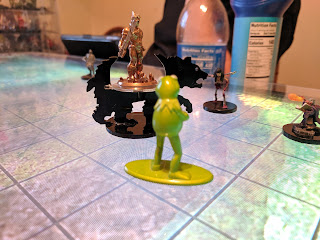 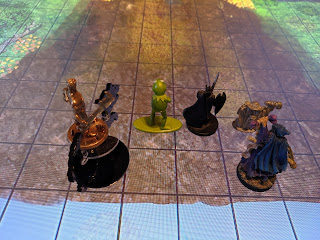 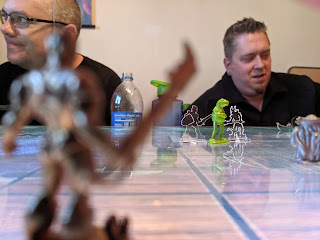 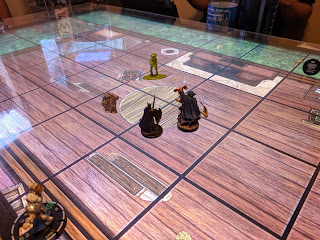 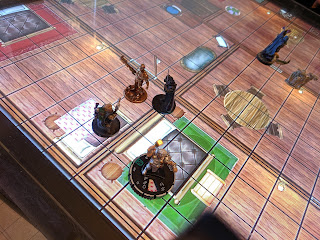 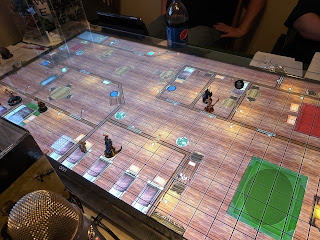