After meeting their Orc friend and partying the night away the RODss continue their journey for herbs and Black Lotus. Once they are in the very depths of the cave they are able to find a potion but they can not determine what its contents are but decide to hold on to it for now. They look forward and notice a dark pool of water below them, it smell vile and quite murky. Daryl casts Water Breathing on the party and they start to descend, one by one. They make their way slowly down a narrow corridor that leads to an edge they can not see past. The water is so thick with a mucky greenish yellow color and various things floating about. Daryl casts glow on a rock to try to see further. He mage hands it out in the front only to see it disappear.

As this occurs Stug hear a voice in his head calling to him as Oread. Informing him that the offerings are early this time and that he has enter further than he is supposed to with their offerings and breaking the Agreement. After a brief conversation with this creature Stug tells everyone to back away and he will handle this and to trust him. The party follows Stugs wish and returns to the surface. Stug comes back to try and communicate with the Creature and is able to do so, but asks for a face to face. He is granted this request if he comes to him as he was when he is born. Stug removes his weapons and heads in. He is then greeted by a half humanoid half serpent known as Merfolk.

They have a brief discussioin about the oreads being to the south, and the pact that they have. But also Stug inquires about Black Lotus. In which the Merfolk states if Stug brings an early offering the would let him know where to get Black Lotus. The Merfolk informs Stug to bring the party he is with as the offerings now and he will provide him some and let him know where to get more. Stug informs him he will be back with offerings for the Merfolk and takes off.

The group reconvene and take north. There they are greeted by a warning arrow from the trees. They notice a group of elves in the trees, and to the north they notice a line of Dire Bears. Dranas steps forth to greet the Elves. The group is informed that Stugs kind is not welcome this far north and he must not move forward. Stug made the decision to split from the party to keep the peace, or so it would seem. Stug heads south to beat up bears while the group continue to the north towards Aetheral, the Elvish Kingdom. 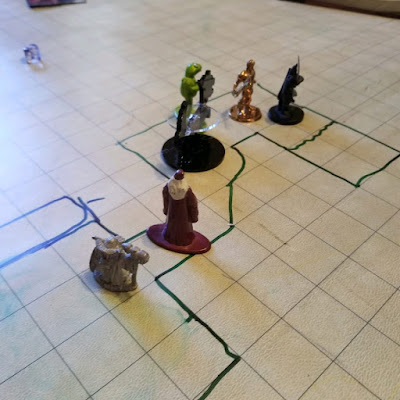 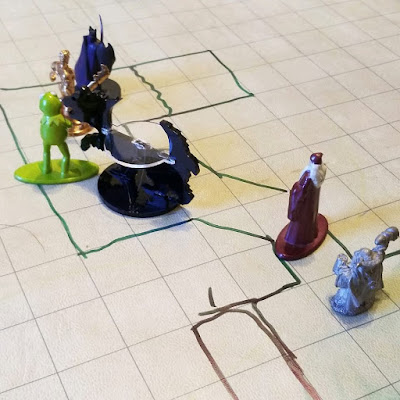 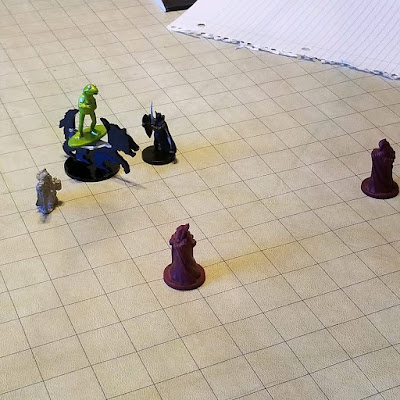 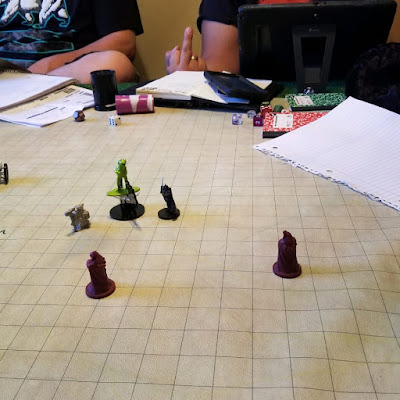