We begin this adventure at the grounds of the horrible incident that occurred. After being disregarded, Daryl's ideas are finally being recognized by Dranas? Our group decides to put a sack over Puss Pockets head and use their rings to make the door open a passage to their hideout back in Celest after a nice cleaning in Daryl's mansion. They come back to a non-managed bar that has some issues that need fixing. The barkeep seems to be taking on the mannerism's of the newly migrated goblins. Dalton is keeping much of the riff raff out but they job is starting to get more due to more influx of guests and buyers but did suggest to get more workers to maintain.

Daryl decides its his time to Scrye Rhonda who is working out in a gym.After much alone time Daryl decides to Scrye Zarkan and exclaims FART! so Stug can see what he is scrying now. Where they notice Zarkan talking to a short cloaked person as he walks through a cave full of Giants where they notice their eyes are the eyes of the undead. He has another Scrye to consume so he Scryes Malo who he sees him hanging out with his "Dad".

Dranas find his kitchen messier than he would like it to be.He takes over the cooking while the rest clean up the kitchen. Volkorn receives food but from Dranas but sends it back. Its a little burnt to his liking. But he makes good on the next attempt.

After all that, the group got together to talk about the goblin in which Daryl expresses his concerns about them being the hub for snuff. Dranas decides that its his time to shine and casts Zone of Truth before making his way to Quark, the goblins boss here in Celest. With this there is no lying or sugar coating of what is to be said, or so Dranas is to believe this. Here they find a new gambling game being played by the goblins, left right center (but a little changed for pathfinder to be shorter). Volkorn discusses the funding arrangement with Quark. As well as turning down Stugs idea to have a goblin help with security. Dranas finds out how people really feel about him at the bar as well.

After more dialogue and staying the night at the Bar the group have a great idea to go meet up with Gary and Larry but what is to become of them and their chosen path? Only time will tell. So come and join us as we continue our venture. 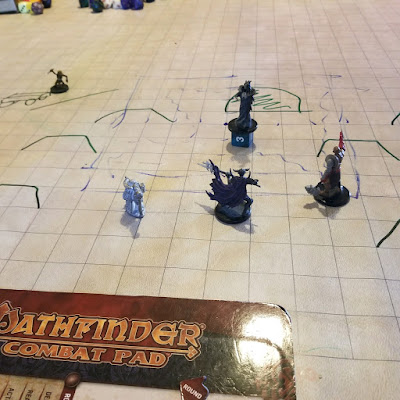 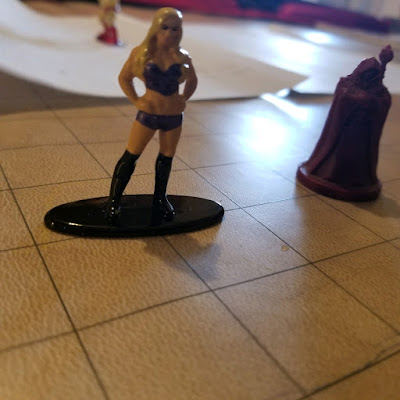