Welcome back. Today we have uploaded for your listening pleasures (and pain since we had the big fan blowing... I really need to invest in quieter and more fans) more to the story of RODds. Here we get to see our crew fall victim to a false sense of safety.

As they battle skeletons that appear to have once been crushed by large rocks/boulders. Dranas takes no heed as he see's an empty room with a statue that holds a book. What is this? The statue is wearing the same clothing as the dead Morkan from earlier?! What is that? Fireballs to the face?!

I find it comical he constantly complains that Daryl burned him earlier but has no care for his life and shrugs off hard hitting fireball traps The book is of the Morkans themselves, but the group only wish to flip through to the back to see if it had anything about them, *spoilers* it didn't. Dranas thinking that is all somehow belongs to him/them since they believe,from cryptic words of a dead man they brought back to answer questions, to have passed the trials earlier.

The Crew head to another room, where Volkorn decides to take lead in case he see's more ruins on the ground, which he does. He makes an attempt to tell Dranas where said runes are but he has no ability to understand and just moves forward to another fireball to the face.

I honestly am concerned that his intellect and wisdom is not truly as high as he informed me. Comes and see the childish mocking voices of children as the group venture forward, where the team feels they will be safe until the children themselves start to make real attacks, pushing Volkorn to his limit to try and save the group as... WHAT?! A home pops up in the middle of a room in this underground... something... Dani and Daryl take refuge. Dani decides that the group still fighting will need soup once the battle is complete and room to bath as well as sleep. This and many more interesting surprises and choices made.. as well as some sexual tension in this episode of Story Trumps Rules! 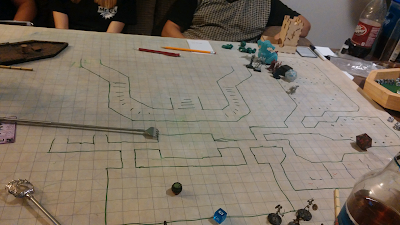 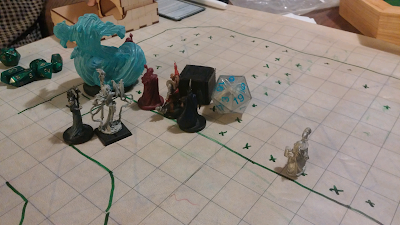