Time to go with new friends or Dranas didnt learn anything

So here we are again. We have the RODds finishing up their night of drinking with the Dragon Riders. The group is able to have a conversation with Stalia before she leaves to the north. Daryl decides to go for it now and start drinking the milk of his mother so in 90 days he can become a dragon. There is much curiosity to come of this decision and how it will play out for him as well as the others. But one thing is for sure, there is no turning back now.

With the group taking their leave, and Dany saying good by to the only humans she remembers to join someone of her own kind, we continue on our journey. Where the team decides to head north of the center of the Wasteland to discover a small pool/oasis that is emitting magic, and evil. Dranas, who seems to have learned nothing decides to jump in head first.

I am sure he is his own biggest enemy and will probably get himself killed, but that is what tabletop RPG's are all about. Do your thing and have fun with it.
I also realized that Dany and even Stug are much more quiet now so I will have to re-position the mic layout. since if I turn the gain up Daryl will complain about his laughter even more.
Volkorn also seems to remember some things about the home of Malo from quite some time ago. Like its speed, who should be able to control it (for now), as well as its location may be near... but before all that let's see what awaits the RODds at the bottom of this small oasis. 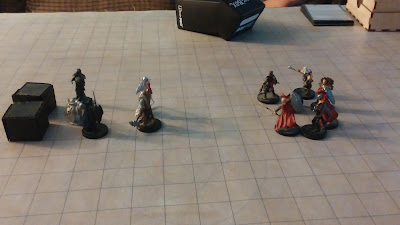 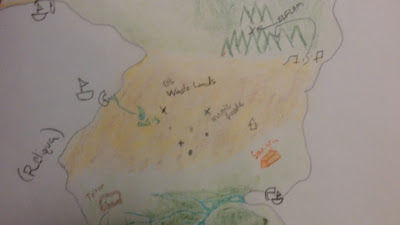 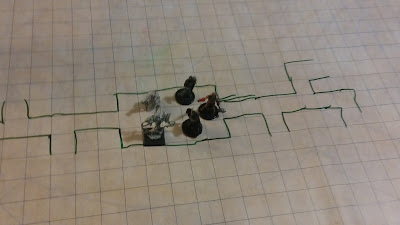